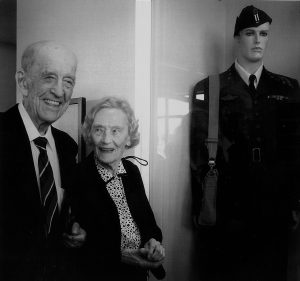 May 8, 2020, marks the 75th anniversary of  Victory in Europe Day, when Nazi Germany unconditionally surrendered to Allied forces following nearly six years of war.  Due to the Covid-19 pandemic, which has led to the cancellation of most public events, Veterans Affairs Canada will be commemorating the day digitally. Here is a link to Veteran Affairs  Canada’s website: https://www.veterans.gc.ca/eng/remembrance/commemorative-events/netherlands-ve-day

For my part,  I remember my late father, Andrew Baston, who served in the Canadian Army  during  WWII, and had landed at Juno Beach, Normandy, France, on D-Day plus one.  He was still overseas with the troops on May 8, 1945.

In the photo, Dad is on the left. 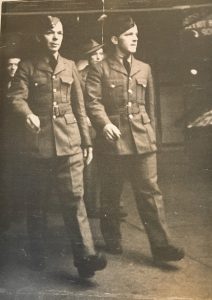 We are grateful to David Wold of Greenwich, Connecticut, for letting us know about the passing of Oivind Lorentzen Jr., a former member of the Royal Norwegian Air Force.  Oivind died peacefully in Greenwich on March 27, 2020, at age 101.

Oivind was born in Oslo, Norway, in 1919, the son of Oivind Lorentzen and Ragna Nilsen Lorentzen.  When Germany invaded Norway, he had been studying marine engineering at the Massachusetts Institute of Technology, but left his studies and travelled to Toronto, Ontario, Canada, to join the Royal Norwegian Air Force. Oivind trained as a pilot at Little Norway, and eventually was stationed in the Shetland and Orkney Islands, flying Short Sunderland flying boat patrol bombers over the North Sea to fight the enemy. After the war, Oivind joined his father’s shipping business, and along with his brothers, operated liner trades between the United States and South America. Oivind was Chair of the American-Scandinavian Foundation and President of the Norwegian-American Chamber of Commerce. He also built a series of sailboats and actively competed in ocean races.

As the world awaits the discovery of a vaccine to combat Covid-19, today we remember another global epidemic, tuberculosis.  March 24, 2020, is World TB Day, commemorating the day in 1882 when Dr. Robert Koch announced the discovery of the bacteria which causes tuberculosis. This eventually led to the diagnosing and curing of tuberculosis, though the disease remains the world’s No. 1 infectious killer.

Many thanks to the Scarborough Tuesday Probus Club!

It was great to speak to the Scarborough Tuesday Probus Club on Feb. 18, 2020, about Exile Air. The meeting had a Tropical theme, with many straw hats and Hawaiian shirts in view … the perfect antidote to a wintery day!  Thanks for inviting me! I’m looking forward to speaking about Little Norway and my book, Exile Air: World War II’s ‘”Little Norway” in Toronto and Muskoka, on February 18, 2020, at the Scarborough Tuesday Probus Club.

The location is the St. Dunstan of Canterbury Church, 56 Lawson Road, Scarborough, Ontario.  The meeting starts at 10 a.m.  Hope to say hello to many members of the Club!

The Probus Club of Central Muskoka

I was honoured to speak to the Probus Club of Central Muskoka about Exile Air on November 13, 2019. Thanks to the Club for the invitation, and for their warm welcome on a wintry day! 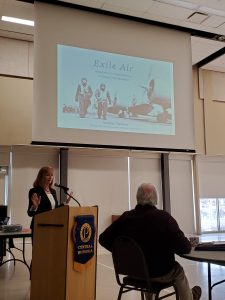 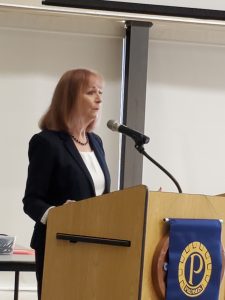 Thanks to the Durham Lifelong Learning members!

I’d like to thank the members of the Durham Lifelong Learning group, for inviting me to speak to them about  Little Norway and my book, Exile Air, at their meeting on October 8, 2019 in Whitby. I’m grateful for their warm hospitality, and for all the interesting conversations with members after my presentation.  Many thanks to all! 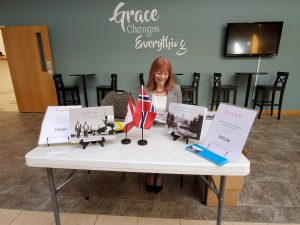 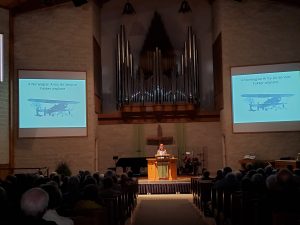 Congratulations to the Royal Norwegian Air Force on its 75th Anniversary!

Here are some photos taken by Candis Jones at a commemorative wreath-laying on October 11, 2019, at the Little Norway Memorial, Muskoka Airport, Gravenhurst. 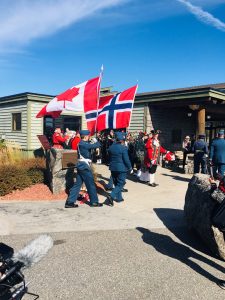 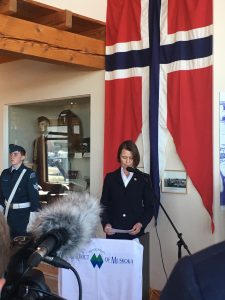 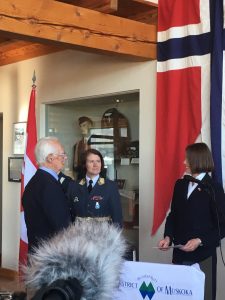 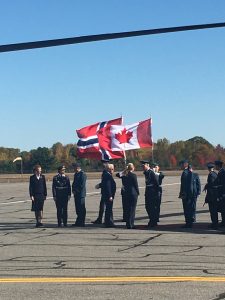 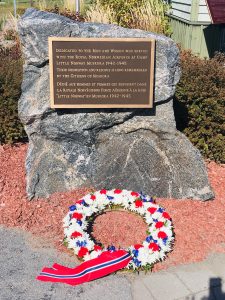 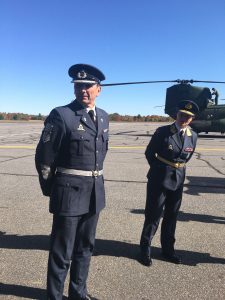 I’ll be attending the October 8, 2019 meeting of Durham Lifelong Learning members to speak about Exile Air. The location is the Hebron Christian Reform Church, 4240 Anderson Street, Whitby, Ontario, and the meeting begins at 1:30 p.m.  I’m really looking forward to meeting the organization’s members and chatting with them about World War II’s “Little Norway!”